book blogger hop yay I haven't done this in a while but this weeks question interests me so here I go! 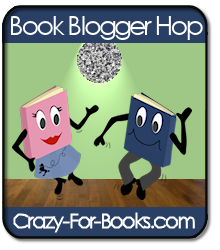 
"What book-to-movie adaption have you most liked?  Which have you disliked?"

My answer would be ..... I'll start with the most disliked because thats the one that first comes to mind I disliked the movie adaptation of twilight the books are good... sorry there not good there amazing (yes i am a twilight lover) but the movie just doesnt do the book justice.Now a movie adaptation that I liked would be .Im trying to think of one and cant really i guess i havent read a book yet that the movie has been better for example.I think the harry potter movies where very well done but  the books are  better.But if i ever see a book turned into movie that was better that book ill be sure to blog about it

thanks for hopping by

YAY the cover of clockwork prince is out  look 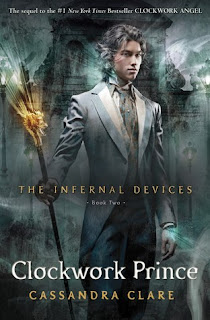 
i loved the first book clockwork angel and am so excited to find out what happens to tessa and will and jem.And will the magister realize tessa is still alive and if he does will he still need tessa or will he have found another way for hiis evil plans anyways so excited for this book cassandra clare is just an amazing author


p.s i sorry i havent been posting it's been real busy with homework and stuff  also im real behind in my reviews so it means two things one i will be posting alot of reviews and two not all at the same time 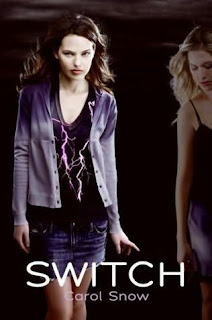 oficial resume :Claire Martin has some serious body issues.
Ever since Claire hit her teens, electrical storms have been making her switch bodies. Usually she's back to her old self in no time. But when something goes terribly wrong, she finds herself stuck in the fabulous body—and life—of Larissa, the icy blonde beauty who has caught the eye of Nate, Claire's longtime crush.
Will Claire ever figure out how to get her old life back? And, more importantly, will she even want to?
my resume : Claire martin is a pretty normal girl, oh yeah except the fact that every thunder storm or electrical charge she changes bodys the changes usually only last a day but this time something is diferent .Meanwhile her crush nate is  in love with this new girl larissa.
_______________________________

Switch was a not a very good book. Im not saying the writing was bad it wasn't just the plot kind of didn't pull me in. If you've ever read the book gifted (the first in the series) the principal is pretty much the same but the way the author writes the first book in the gifted series is amazing but this(switch) book is just so so the characters are well developed but sometimes the point of view change,witch is pretty cool and they didn't overuse the change of views witch I don't really like they just switched views from time to time .
At the end of the book my reaction was well that wasn't very good it wasn't the worst book ive ever read and if I hadn't read the gifted book before i probably would have liked it more, but compared to other books I could have read and the other books ive read with this plotline and everything else this book was not very good. So if you're in a mood for a fast read and have never read a book with the plotline of switching bodies than read this book and the try gifted witch i don't have reviewed because I read before I started my blog if you have read a book with body switching before you might be a bit disappointed.
P.S I hate having to write bad reviews but this is my honest opinion and some people might really enjoy this book for example my friend read tis book and liked it. There's lots of things I didn't like but some parts of the book I did really enjoy like I said before the characters where really well developed. And the romance good.
good reading
Maya :)
Posted by Maya at 7:28 AM No comments:


"Pick a character from a book you are currently reading or have just finished and tell us about him/her."

the caracther i shall choose is puck from the iron fey series i have just finished this book recently and i absolutely love the series puck is in my opinion very awesome he`s funny stong at battle and was featured in midsummers night dream the author does a great at protraying puck  and you just can`t help but like him of course at some points you just get really angry at him but that only adds to his charm. 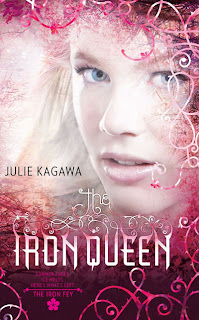 official resume :My name is Meghan Chase.I thought it was over. That my time with the fey, the impossible choices I had to make, the sacrifices of those I loved, was behind me. But a storm is approaching, an army of Iron fey that will drag me back, kicking and screaming. Drag me away from the banished prince who's sworn to stand by my side. Drag me into the core of conflict so powerful, I'm not sure anyone can survive it.
This time, there will be no turning back.
My resume :megan has been though alot  and just wants a normal life with ash but the fake iron king has something else in mind this time theres no going back
_________________________________
iron queen where to start, it was a great book julie kagawa is an amazing writter. This series is one of those series that when you get your hand on one of the books you but the other books youre reading down and startto read right away.Julie kagawas iron fey series did not disapoint.It had the same qualities of love ,betrayal ,adventure mysterie you get the idea there where also many twists in this book I was really happy with this book even though it`s the third book it still pulled me right in this series and the iron queen book are a must read.
To add to my review here are some things I loved in this book and some things not so much at the end I wont say what happens (wouldn't want to spoil)I was like no there's no way it can`t happen this way NOOO and the ending completely took me by suprise. In this book she presented more carathers and went into depth in some characters of witch we saw less of witch I really enjoyed because the story did not concentrate on those characters but just had there storie but in as part of the main plot. I don't know why but i am completely attached to the grimliking that hangs out with megan alot I found he was just so adorable. Im really excited for the next book in this series though if im right the next book will focus on ash and his adventure with puck im interested to know what ash has in plan if puck will find love and im looking for more wity humor from puck.
So all this to say go read this book it`s really worth the read
good reading
Maya
Posted by Maya at 3:19 PM No comments:


Number one did you know that there is a special edition of city of fallen angels coming out.It features a letter to jace from clary. It`s going to be written on a piece of paper that will look like parchement and with jaces writting witch i thik is pretty awesome. If u can`t understand my explanation heres a explanation directly from cassandras clares site.

In City of Glass, Book 3 of The Mortal Instruments series, Jace leaves a letter in Clary's room before he leaves for a life-threatening mission. The content of this letter has been the subject of much speculation among Mortal Instruments fans, but it has never been revealed until now. In the B&N exclusive version of CITY OF FALLEN ANGELS, Jace's letter to Clary will be enclosed in the book as a separate piece, designed to look as if it was handwritten on stationery."
this special copy will be reconised with a golden sticker on the top that says jaces letter to clary inside it will be sold at in canada  it will be sold at chapters and indigo and in barnes and nobles in the us if i am correct and i just read on cassandras claire blog that it will also be sold in australia at a store called  booktopia

Go to http://www.mortalinstruments.com/videos.php for 10 things that are not going to happen in city of fallen angels.


Did you know that there are 2 more books after city of fallen angels. Theres city of lost souls and city of heavenly fire awesome right. It`s always best when a great series keeps going of course at some points if the story keeps going the story gets kind of boring. But i really doubt that will happen with this series it`s just too awesome :)

you know what instead of just going to all the links just go to cassandra claires site http://cassandraclare.com .You can read here some sneak peeks of the books both city of fallen angels and the next book in the mortal intruments series.

So who else is excited for city of fallen angels.
Im sure i am.

book bloger hop
it`s been a while since ive done the book hop . So here it goes for people who don`t know what the book blog hop is just head over to crazy-for-books.com  the host of the hop

this weeks question is:"Do you read only one book at a time, or do you have several going at once?"

my answer : I usually read many books at the same time but some times i get so into a book that i only read that certain book till im competely done the book really it all depends on the day how im feeling i can pay attention to many stories at once. if i want to